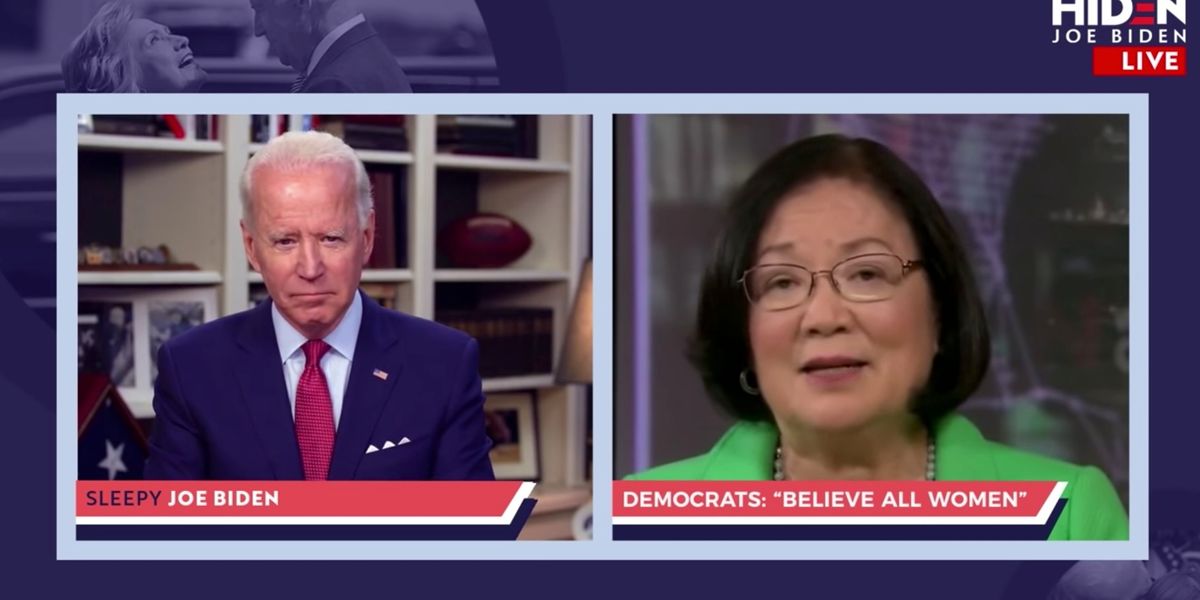 The Trump campaign released a new ad on Friday highlighting the Democratic Party’s hypocrisy for pushing aside sexual assault allegations against Joe Biden.

The ad depicts how Democrats supported the woman who accused Supreme Court Justice Brett Kavanaugh of sexual misconduct, but have stayed mostly silent now that their presumptive presidential nominee is facing accusations of sexual assault.

“During Justice Kavanaugh’s hearings, Biden made clear that all women should be believed when they come forward with allegations of sexual assault,” Trump campaign spokeswoman Erin Perrine said in a statement.

“The double standard exhibited by Biden, prominent liberal women’s groups, and Democrat elected officials – some of whom want to be Biden’s running mate — is glaring and cannot be allowed to stand,” she added.

Reade claims that Biden sexually assaulted her in 1993 when she worked as an aide in his U.S. Senate office. Biden vigorously denied those allegations.

Meanwhile, another woman came forward on Friday claiming that Biden sexually harassed her when she was just 14 years old by complimenting the size of her breasts.