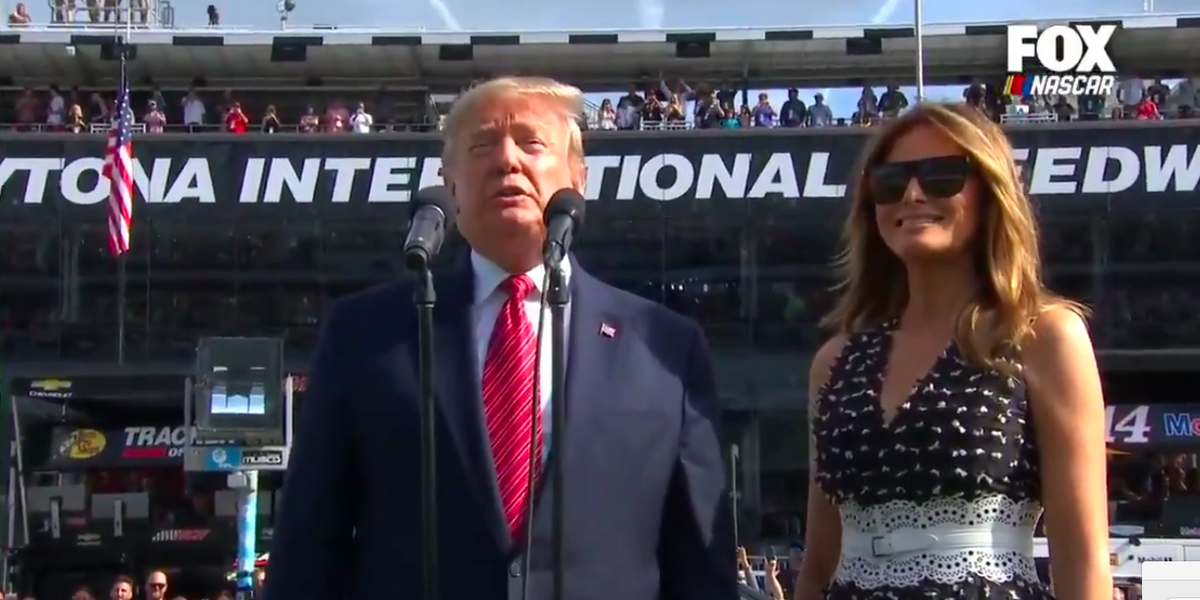 President Donald Trump sure knows how to make an entrance.

The 45th president of the United States wowed NASCAR fans on Sunday at the annual Daytona 500 race in Florida. Thousands erupted into a raucous applause and chants of “U-S-A! U-S-A! U-S-A!” as Air Force One circulated the Daytona International Speedway just 800 feet off the ground.

While other presidents have attended the Daytona 500, Trump made history on Sunday by being the first commander in chief to deliver the iconic driver command: “Gentlemen, start your engines!”

The president and first lady Melania Trump addressed the 100,000-seat racetrack before the event.

“The Daytona 500 is the legendary display of roaring engines, soaring spirits and the American skill, speed and power that we’ve been hearing about for so many years,” Trump told the ecstatic crowd.

Trump described the crowd in attendance at the Great American Race as “patriots,” according to Fox. The president added that “NASCAR fans never forget that no matter who wins the race, what matters most is God, family and country.”

Minutes before taking a lap around the track, the president joked that although the Secret Service does not let him drive his own cars, he was tempted to behind the wheels of one of the super-fast NASCAR race cars.

“Right now, if I can, I’m gonna hop into one of these cars and I’m gonna get into this race, if possible,” he said.

The president and Mrs. Trump then boarded the presidential limousine dubbed “The Beast” and took a lap around the speedway while fans cheered “Four more years!” and gave Trump and his wife a standing ovation.