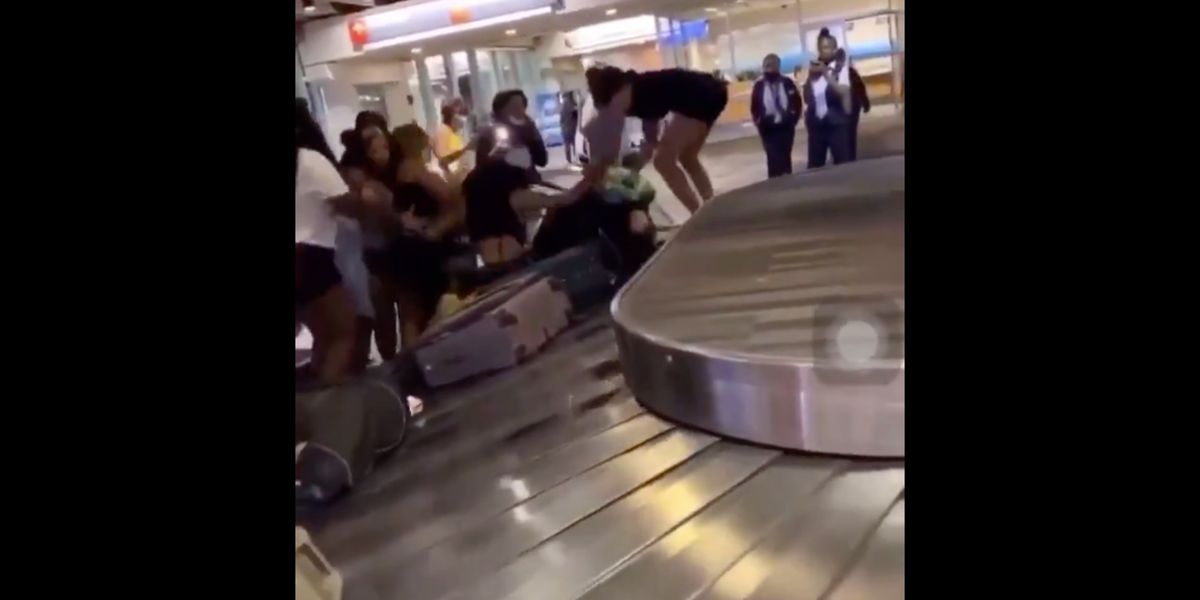 A disturbing video is making the rounds on social media featuring a mob of black women pummeling a white couple in an unidentified airport.

Shocking video shows a young white couple in an altercation with several black women at an airport.

It is not clear at the time of this writing what initially started the argument, but the white woman can be seen backhanding a black woman after the black woman rushes her to shout at her and her boyfriend.

At that point, all hell breaks loose and a horde of black women end up piling on top of the white woman and her boyfriend, relentlessly throwing fists, elbows, and feet.

Later on, two people who appear to be airport security guards can be seen watching the incident with mild interest. One of them has their phone out and appears to be recording the melee.

@MarkACollett Is the airport security actually filming this? What are they not trying to stop it? https://t.co/MNNA5xzCIB

The video also shows the white woman lying on the floor with her boyfriend on top of her, shielding her head from the blows raining down on the two of them.

One user who shared the footage — British political activist and author Mark Collett — wrote, “A white couple are brutally set upon in an airport & the white man desperately tries to protect his girlfriend as what appear to be airport security simply stand & watch. I doubt this will be covered by the media, but you can bet that it would have if the races were reversed!”

A white couple are brutally set upon in an airport & the white man desperately tries to protect his girlfriend as w… https://t.co/1LsOAvy8x4