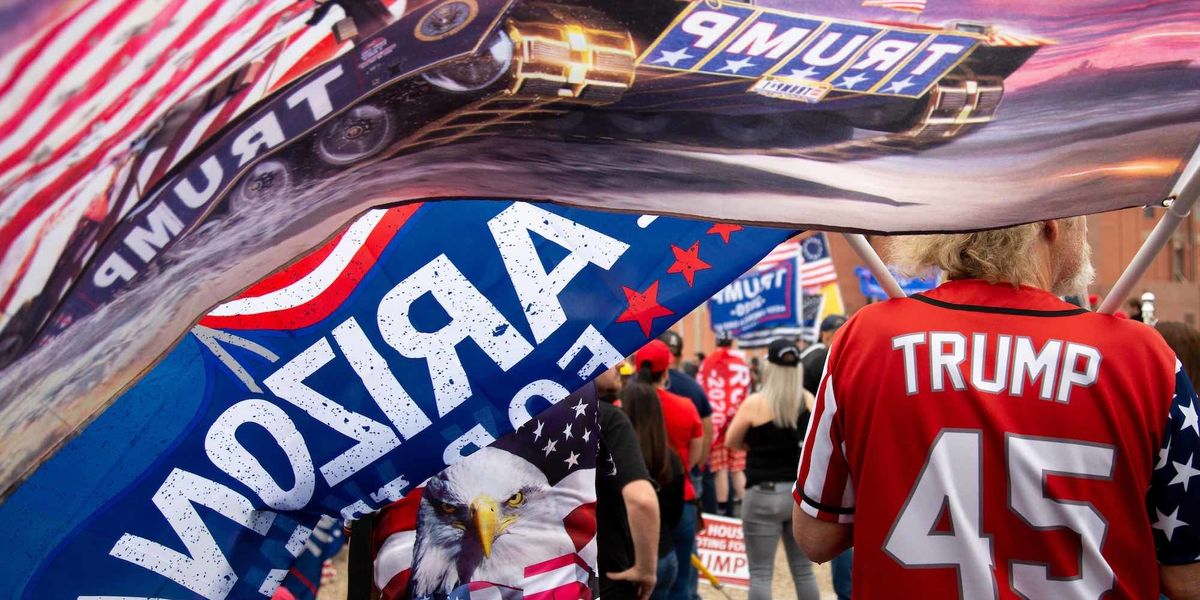 Despite multiple networks calling the election for former Vice President Joe Biden, the vote counting continues in a number states where the results are extremely narrow. One of those close states is Arizona.

Biden led the president by about 28,000 votes as of Saturday morning.

A new vote dump in Maricopa County, the Grand Canyon state’s most populous county, showed President Trump narrowing the statewide gap by about 7,000 votes to 20,573 votes.

Arizona remains a state too close to call for most outlets — though Fox News and the Associated Press both controversially called Arizona for Biden early, which led to repeated criticism from Trump allies all day Wednesday.

The president’s vote numbers continue to improve in Arizona. Before narrowing the gap in Arizona Saturday, Trump saw a net gain of about 7,000 votes on Friday night, with 173,000 votes remaining to be counted, including 47,000 provisional ballots.