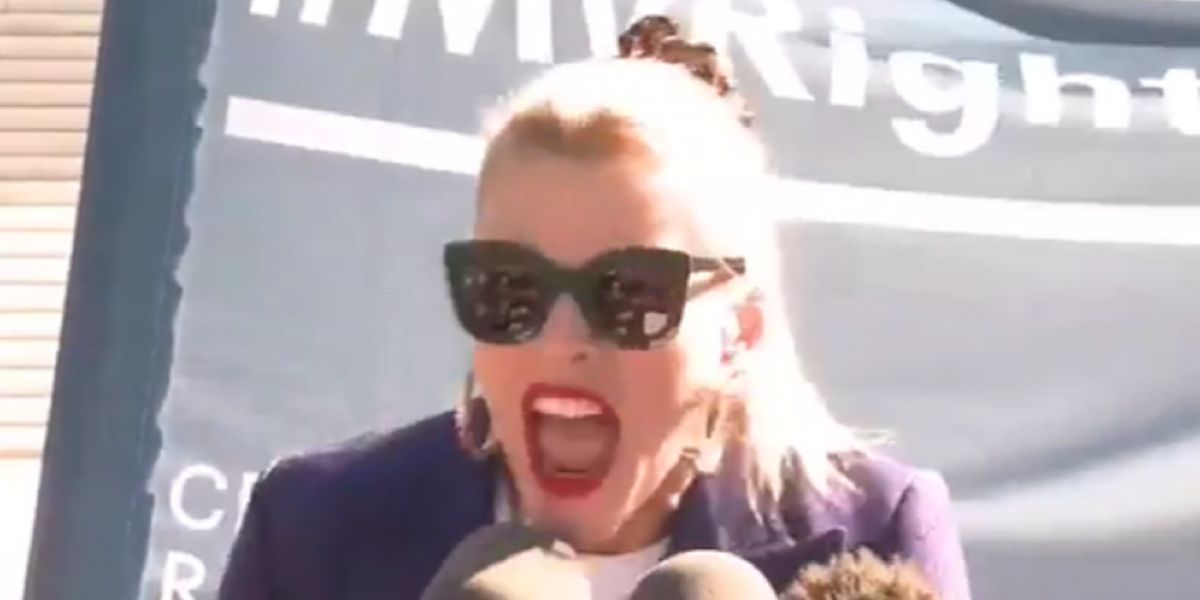 Actress Busy Philipps was able to land her name in the news this week, thanks to her screaming tirade about how great her life is now because she had an abortion at the age of 15.

Philipps, who made headlines a few months ago over her shock at losing her short-lived talk show, spoke at a pro-abortion rally in front of the Supreme Court on Wednesday to protest against a Louisiana law requiring abortion providers to have admitting privileges at hospitals. The high court heard oral arguments on the case that day.

According to Fox News, “Philipps described her reaction to hearing that a 14-year-old girl was ‘being denied abortion services’ in Ohio,” when she said:

Here I was sitting in Los Angeles in my beautiful office of my own late-night talk show. Soon, I would be driving my hybrid car to my beautiful f***ing home, to kiss my two beautiful and healthy children and my husband who had taken the year off to parent so I could focus on my career.

And I have ALL OF THIS. ALL OF IT because — because — I was allowed bodily autonomy at 15.

What may come as a surprise, is that Philipps’ remarks weren’t even the most shocking of the rally. At the same demonstration, Rep. Rashida Tlaib (D-Mich.) told fellow demonstrators that her go-to line against pro-life politicians was, “Maybe you shouldn’t even want to have sex with me!”

The event was also where Senate Minority Leader Chuck Schumer (D-N.Y.) threatened Supreme Court Justices Brett Kavanaugh and Neil Gorsuch over how they might rule on the case, June Medical Services v. Russo.

“I want to tell you, Gorshuch, I want to tell you, Kavanaugh,” Schumer yelled, calling the justices by name. “You have released the whirlwind, and you will pay the price. You won’t know what hit you if you go forward with these awful decisions.”