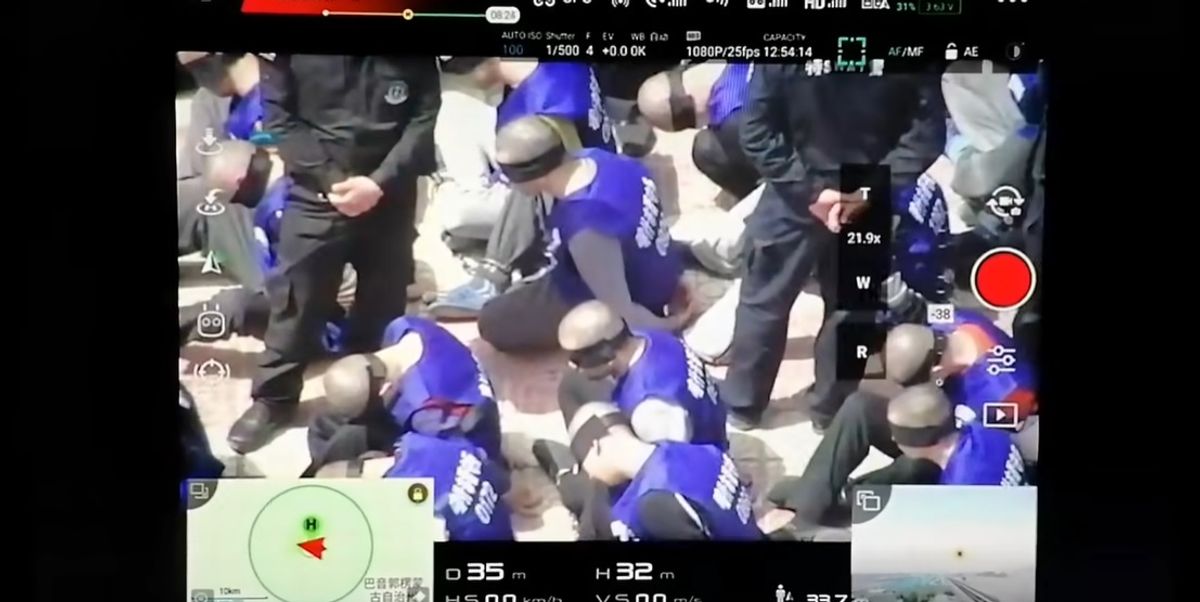 On the radio program Monday, Glenn Beck and Pat Gray reacted to an recent interview on BBC in which host Andrew Marr pressed Liu Xiaoming, the Chinese ambassador to the United Kingdom, to explain a leaked video that appears to show hundreds of shaven Uighur Muslims who are bound, blindfolded, and being led onto trains by uniformed soldiers.

The drone footage was originally posted on YouTube and has been “authenticated by Western intelligence agencies and Australian experts,” according to Marr. It shows hundreds of shaven-headed male prisoners kneeling in rows with hands bound and eyes blindfolded in Xinjiang, home to millions of China’s ethnic minority of Uighur Muslims.

The Chinese government has been accused of imprisoning roughly 1 million Uighurs in detention centers that are called “re-education” camps. Brutal human-rights abuses, including forced sterilization and torture, are allegedly part of the Communist Party’s program of “ethnic cleansing” against the Uighurs.

“A video has been circulating the internet and China won’t answer, what’s going on,” Glenn said. “It’s drone footage … a drone flying over a train station. And it shows hundreds of men, who have been tied with their hands behind their back. They’re kneeling on the ground. Their heads are shaved. And they’re all wearing blindfolds. Then each of them is escorted by two police officers … and loaded onto trains. And nobody knows what happened to them. Nobody knows what’s going on.”

Glenn played part of the BBC interview, noting Liu’s various attempts to deflect or deny Marr’s questions about the video.

“Can you tell us what is happening here?” Marr asked Liu of the video.

“You know, Xinjiang is regarded as the most beautiful place in [China],” Liu answered.

“Ambassador, that is not beautiful coverage, is it?” Marr pressed. “According to your own local government statistics, the population growth in Uighur jurisdictions … has fallen by 84% between 2015 and 2018,” he added.

Liu continued to deny any wrongdoing against the Uighur population, pointing out that the general population in Xinjiang has “increased to double” over the past 40 years.

“China is so closed off, it’s hard to know the truth about anything that’s going on there, from the pandemic to what is happening here. But it sure looks like there’s an ethnic cleansing going on,” Pat said.