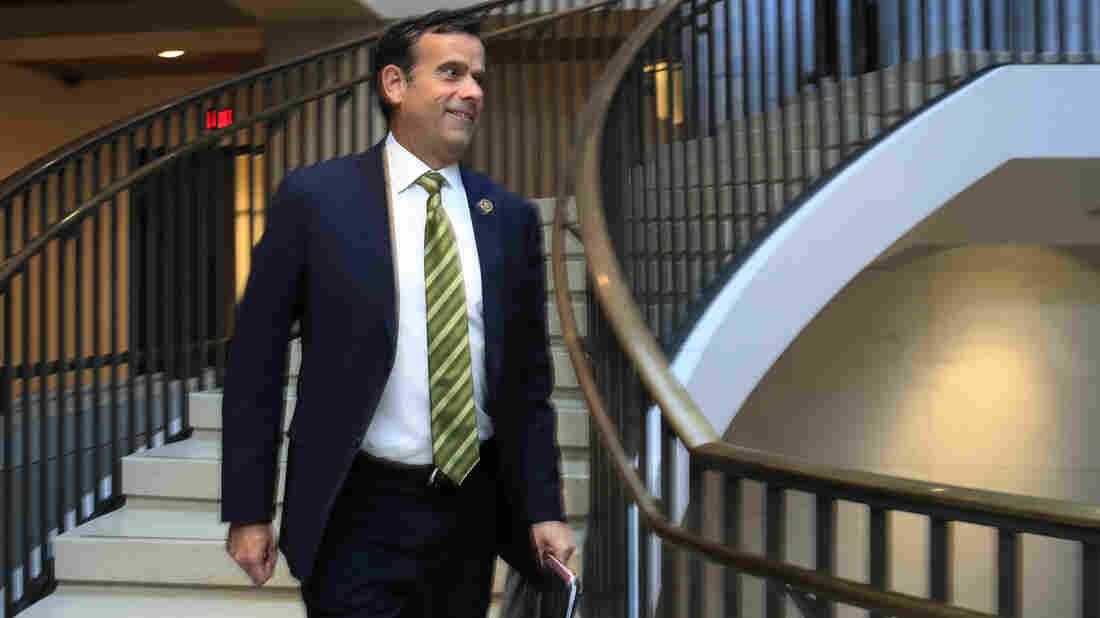 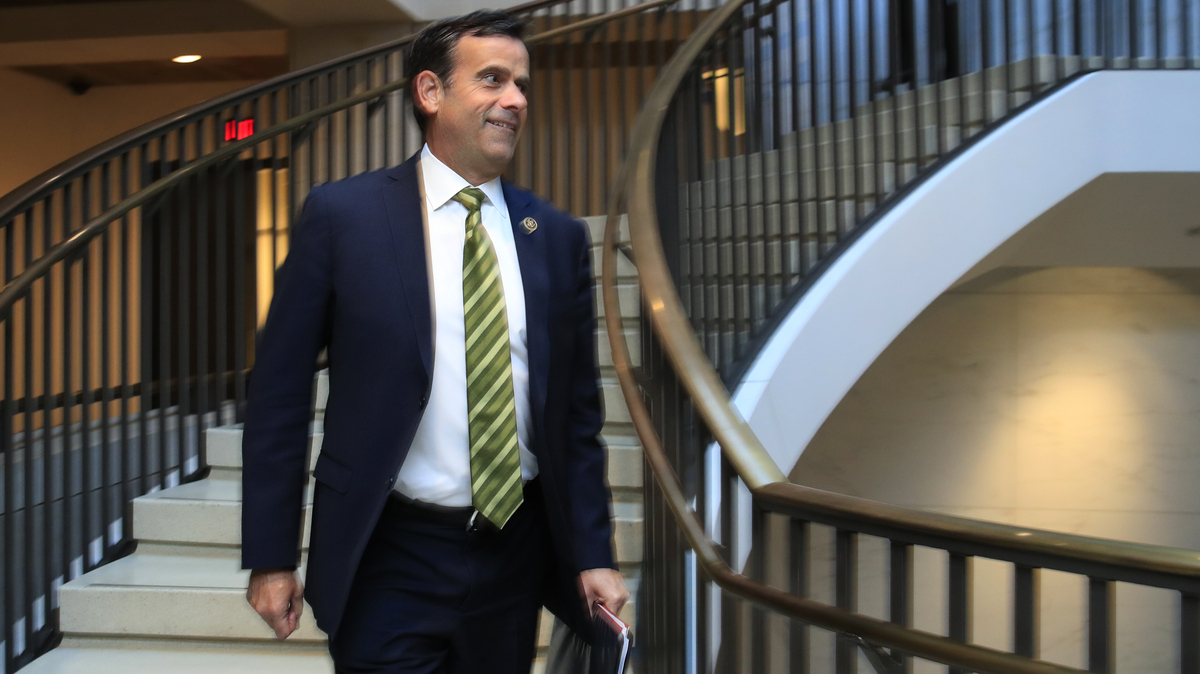 The Senate intelligence committee convened an extraordinary hearing on Tuesday morning at which members are considering the nomination of Rep. John Ratcliffe, R-Texas, to become the director of national intelligence.

The session not only intersects with a number of white-hot political storylines in Washington, but also made history simply for taking place amid continued social distancing and other mitigation measures aimed at containing the coronavirus.

The hearing is underway now. Watch it live here.

Burr may not have spoken publicly about what he’d learned privately about the coronavirus earlier this year — and may have sold assets early to prevent financial losses he might have suffered when the stock market crashed this spring, according to the reports earlier this year.

Burr is believed to be under investigation by the Justice Department and Senate ethics authorities about what he said and did earlier this year and whether he may have transgressed any laws or rules within the chamber.

Burr has denied any wrongdoing and invited an inquiry by the Senate Ethics Committee. The reports, however, have created sometimes awkward tensions within the GOP. Even a few of Burr’s fellow Republicans have called on him to give “everybody an explanation” about his activities this year.

Politics-watchers have questioned whether Burr’s activities, if substantiated, might at least cost him the chairmanship of the intelligence committee.

Ratcliffe already was nominated once, and then withdrew, from consideration to serve as director of national intelligence.

News accounts suggested the Texas congressman had overstated some of his bona fides on counterterrorism and he asked not to move ahead with the nomination process before his Senate confirmation hearing.

Since then, President Trump and Ratcliffe evidently have assessed that the political climate is at least no worse than it was last summer, the first time they tried.

Republicans control a majority in the Senate, but a few key members often hold the key to moving ahead via its procedural processes. It isn’t clear whether Ratcliffe’s confirmation is guaranteed, but he does appear to have sold at least one of those often-critical centrist gatekeepers: Sen. Susan Collins, R-Maine, said she thought Ratcliffe has the experience sufficient to serve as the top spy.

Democrats worry about political influence on the intelligence infrastructure, especially after years of enmity from the White House over the Russia investigation and the Ukraine affair, which led to Trump’s impeachment.

Trump has opted to keep the position of national intelligence director vacant since last summer, when he ousted then-director Dan Coats. Following the first swing and miss with Ratcliffe, a series of acting bosses have served in the job pending the confirmation of a full-time replacement.

Democrats and outside critics say they worry that a political loyalist won’t “speak truth to power,” as intelligence professionals say is their job, but shade the work of the spy infrastructure in order to be more pleasing to Trump.

That has been a theme of criticism about Ambassador Richard Grenell, who serves as the current acting DNI.

The intelligence committee’s vice chairman, Sen. Mark Warner, D-Va., devoted a whole column in The Washington Post to what he called the dangers of partisan interference. 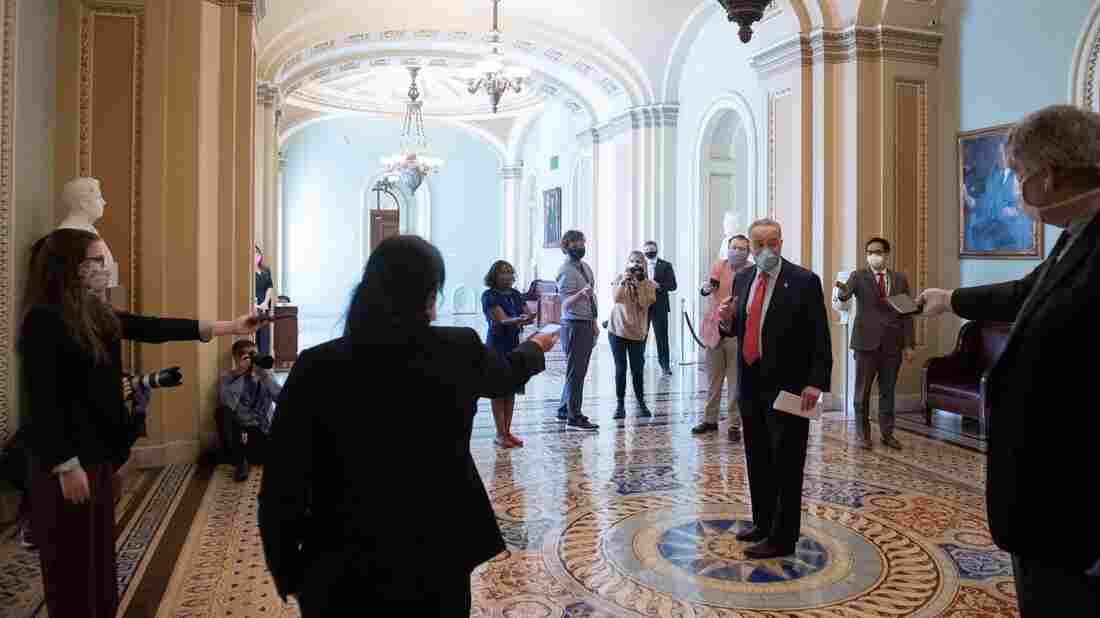 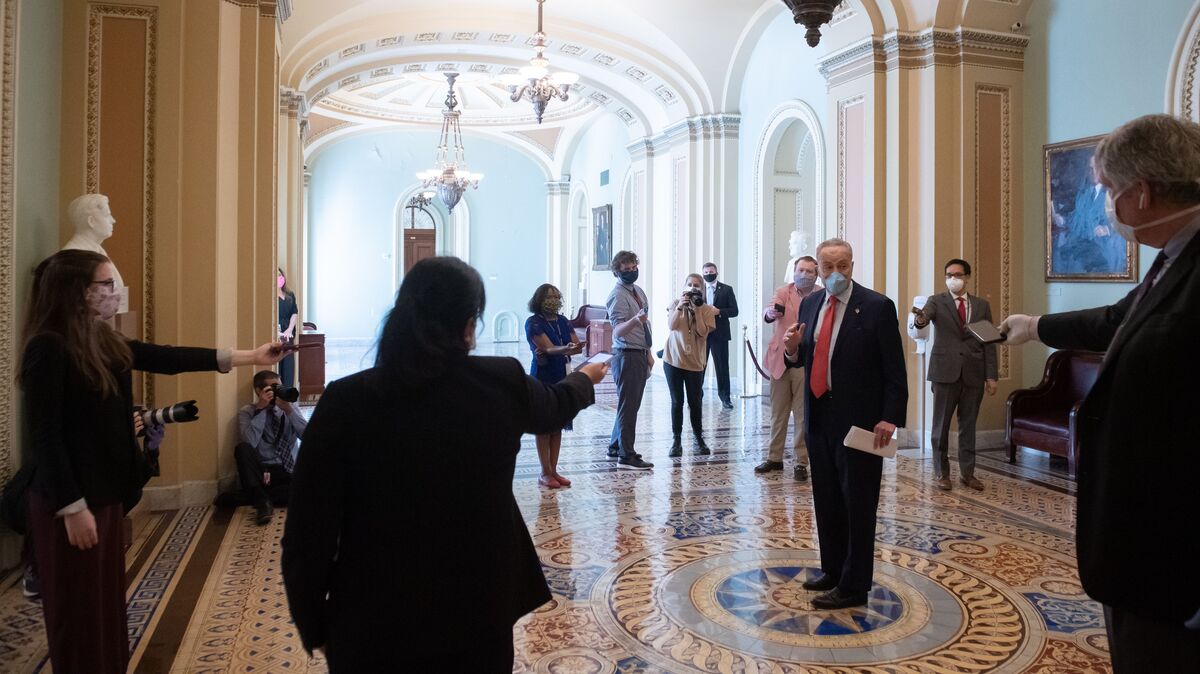 Senate Minority Leader Chuck Schumer speaks to the press as the Senate returned to session Monday at the U.S. Capitol.

The coronavirus disaster provides a grim and inescapable backdrop for all the byplay in the intelligence committee and elsewhere in the Senate this week.

Most of the hearings-goers who might normally pack a session like that scheduled with Ratcliffe are barred from the hearing room. Senators and their staff members kept well apart and observed a number of other precautions even as they convened the hearing.

Burr and Warner wore masks and Burr asked most members of the panel to keep out of the hearing room and watch the proceedings via C-SPAN until it was their turn to ask a question.

The pandemic didn’t only change the presentation and, such as it is, the pageantry of a major Senate hearing — it’s also directly related to the work of the intelligence community.

Trump and top aides, including Secretary of State Mike Pompeo, are leaning heavily into a theory that the coronavirus pandemic is the result of the pathogen escaping from a Chinese lab.

Trump was asked about the evidence that supports that thesis in a Fox TV special on Sunday. The president said a report would be forthcoming that would be “very conclusive.”

The Office of the Director of National Intelligence released a very rare public statement last week affirming that it is looking into the origins of the coronavirus and is attempting “to determine whether the outbreak began through contact with infected animals or if it was the result of an accident at a laboratory in Wuhan.”

Chinese officials and state media channels have howled about the lab accident thesis and Pompeo’s comments in particular.

Democrats at Tuesday’s hearing are expected to press Ratcliffe to commit to be an independent interlocutor between the White House and the 17 agencies of the intelligence community and not scare up findings that Trump wants.

Republicans are expected to draw Ratcliffe out about the missteps since uncovered about the conduct of the Justice Department and FBI in the Russia investigation.

One particular question he might face is about the fate of FBI Director Christopher Wray; per one report this week in Axios, Trump’s friends have been urging the president to fire Wray.