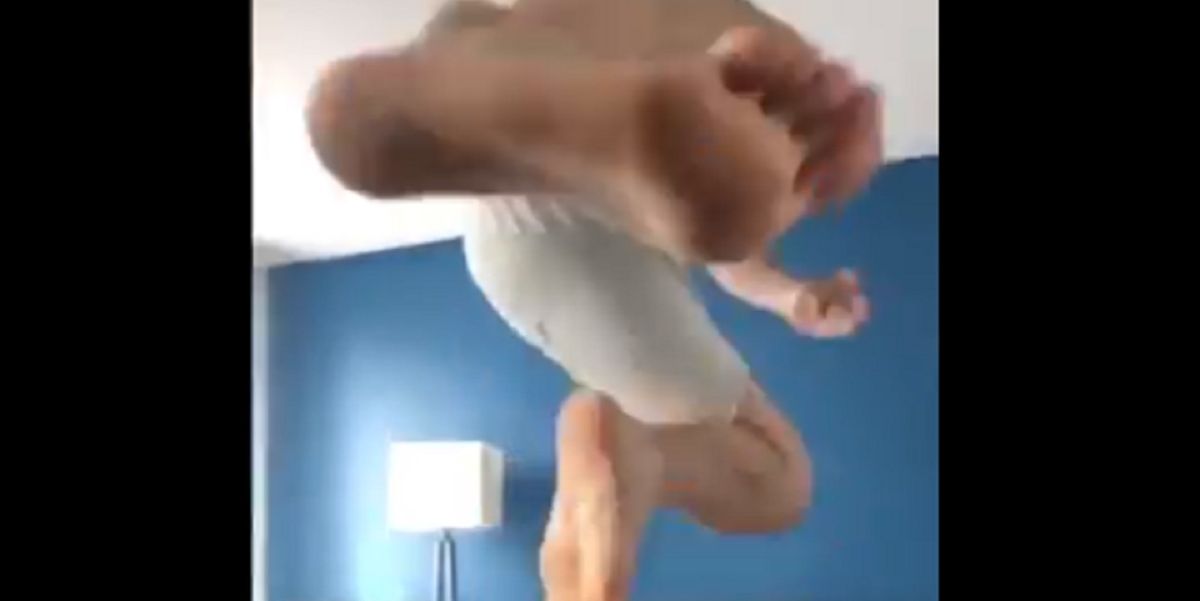 A group of professional stuntmen and stuntwomen have made the best of their time off work during the coronavirus shutdown, and created a brilliantly coordinated viral “fight” using household props within the confines of their respective quarantine locations.

The video is full of flips, punches, headbutts, dramatic falls, painful reactions, and the use of on-hand “weapons” such as fruit, toilet paper, and even a toddler—making it an online success.

In one notable scene, a woman takes two “punches” before grabbing a chair and rushing the man with whom she is assumably “sheltering-in-place.” In another take, a male fighter wearing a face mask takes a dramatic pause to apply hand sanitizer before busting the nose of the next opponent in line.

The athletes appear to be in an array of locations, ranging from family rooms, bedrooms, wooded areas, lakeside (and pondside) backdrops, in-home gyms, a stairwell, a public bridge, and in front of a children’s playhouse. There’s even a German Shepherd that goes into attack mode.

The clip was released by campusUcascades, which, according to Fox News, is “a European training center that specializes in stunt techniques for film and television.” Students and instructors alike were included in the performance.

The video is posted as the “#CUCchallenge – Fightcovid CUC,” and has been making the rounds across Facebook, Twitter, YouTube and other platforms, racking up more than 5 million views since its release on Sunday.