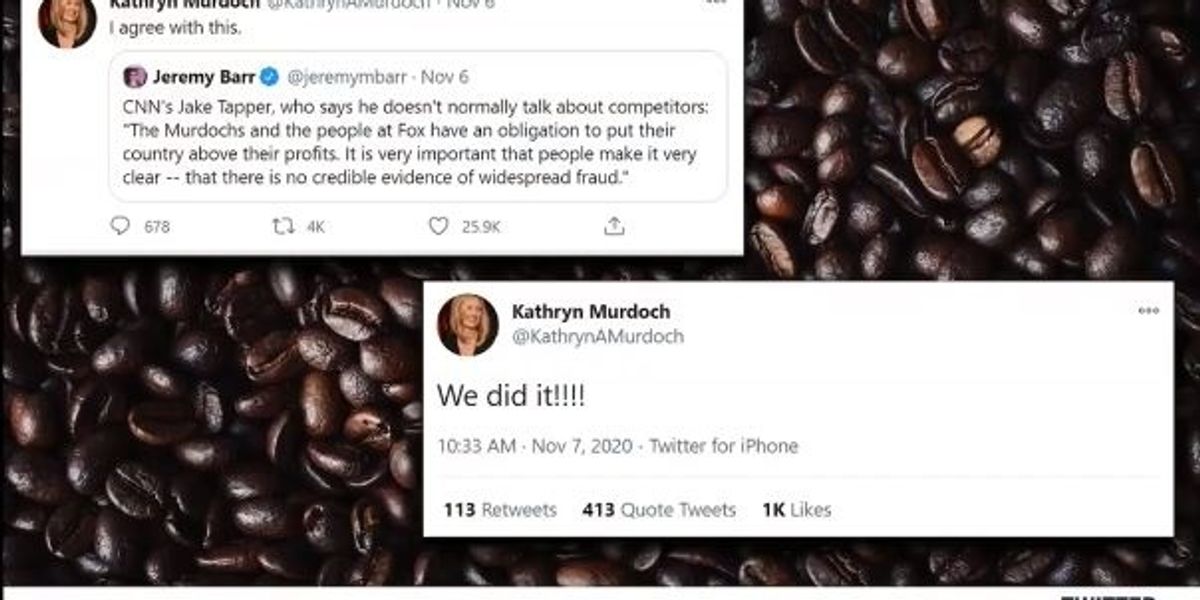 Many conservatives grew disenchanted with Fox News last Tuesday when the conservative-leaning network called Arizona for Joe Biden with only 73% of votes reported.

“We did it,” Kathryn tweeted.

In a separate tweet, Kathryn agreed with CNN’s Jake Tapper that “Fox News should put the country above profits.”

“That’s pretty damning. Do you mean ‘we’ the Murdoch family or ‘we’ the network?” Crowder questioned. “Either way, it’s a problem, and that tells you the face mask is coming off.”

Watch the clip below for the scoop. Catch the full episode on BlazeTV.