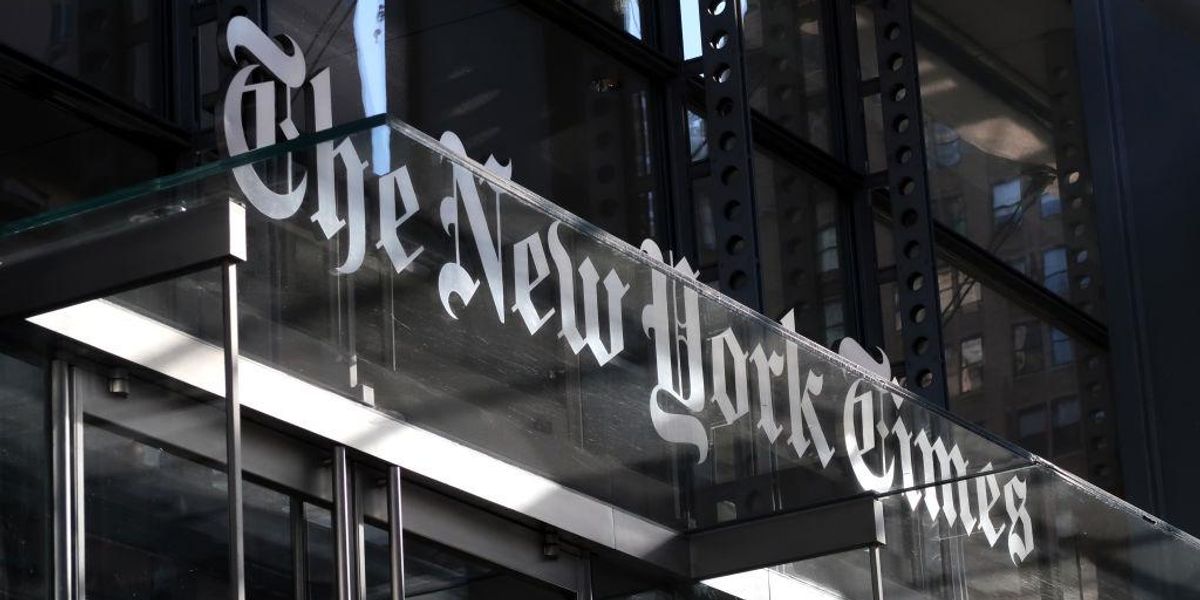 Babylon Bee CEO Seth Dillon posted the update in a Twitter thread about a Times story about Facebook’s handling of satire in which it referred to the Bee as a “far-right misinformation site” that “sometimes trafficked in misinformation under the guise of satire.”

“Big update here,” Dillon wrote. “The [New York Times] has responded to our demand letter by removing defamatory statements about us from their article. Here’s their email to our counsel notifying us of the correction.”

Big update here. The @nytimes has responded to our demand letter by removing defamatory statements about us from th… https://t.co/6zuvPZq2z7

In other tweets, Dillon claimed that originally the article singled out the Bee as an example of a site that “misuses the satire label to protect [its] presence on social media sites that would otherwise ban [it] for spreading fake stories.”

After the Bee objected to the claim, the Times allegedly removed the sentence articulating that the Bee trafficked in misinformation. But it posted an inaccurate update supposing that the site had feuded with Snopes and Facebook over whether it was misinformation or satire — a claim that Dillon also rejected.

A new correction to the story issued June 10 retracts or reframes all of the questionable claims, acknowledging that the Bee is not a misinformation site nor do Snopes or Facebook maintain that it is. The correction goes as follows:

An earlier version of this article referred imprecisely to the Babylon Bee, a right-leaning satirical website, and a controversy regarding the handling of its content by Facebook and the fact-checking site Snopes. While both Facebook and Snopes previously have classified some Babylon Bee articles as misinformation, rather than satire, they have dropped those claims, and the Babylon Bee denies that it has trafficked in misinformation.

“This is huge,” Dillon added. “The NY Times was using misinformation to smear us as being a source of it. That’s not merely ironic; it’s malicious. We pushed back hard and won. Thanks to everyone who voiced and offered their support. We don’t have to take this nonsense lying down. Remember that.”

This is huge. The NY Times was using misinformation to smear us as being a source of it. That’s not merely ironic;… https://t.co/bwV4ozJh6P

Despite being well-known for publishing only — and obviously — satirical articles, multiple left-leaning outlets such as Snopes and USA Today have actually conducted embarrassingly serious fact-checks about claims made in the Bee’s articles.

One of the fact-checked articles quipped that the 9th Circuit Court of Appeals overturned the death of late Supreme Court Justice Ruth Bader Ginsburg.

News DSMW - July 29, 2021
0
They say everything is bigger in Texas--but when it comes to Jared Padalecki's home--he prefers a more cozy setting. The Supernatural alum, along with his wife Genevieve... ...

News DSMW - July 29, 2021
0
One of the city’s most powerful law firms has reaffirmed its commitment to downtown Manhattan with the largest FiDi-area office deal since the start of the pandemic and the largest in the city this year. Fried, Frank, Harris, Shriver & Jacobson  renewed its 400,000 square-foot lease for more than 10 years...
MORE STORIES