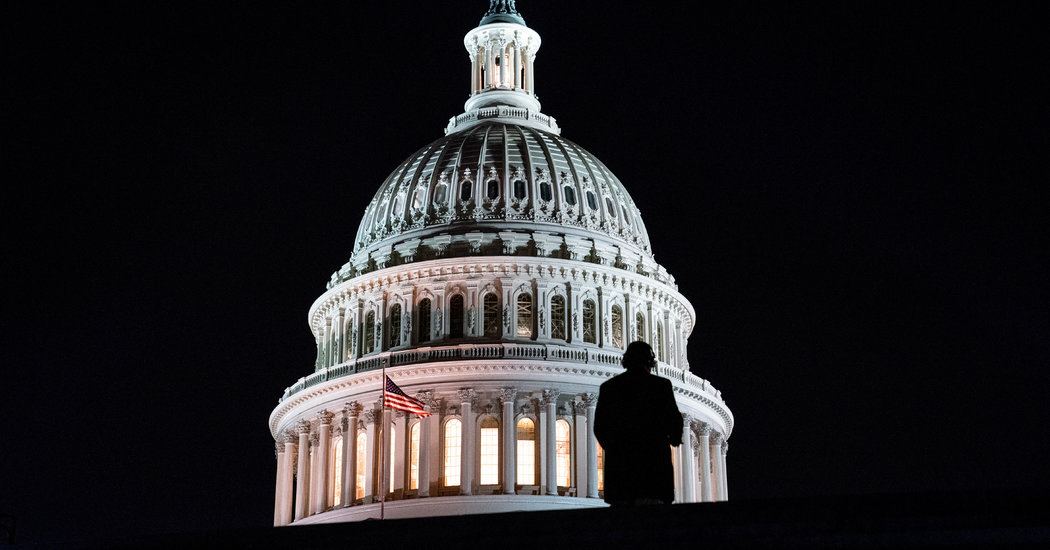 In a protracted presentation on Wednesday, House impeachment managers pressed their case that President Trump should be removed from office, accusing him of enlisting the help of a foreign government to damage political rivals.

Democrats continued to insist that testimony from witnesses like John R. Bolton, the former White House national security adviser, was critical to conduct a fair trial. But much of the first day of arguments was spent rehashing well-known details of the impeachment inquiry and reviewing evidence and video clips that House Democrats have presented as a narrative arc documenting a coordinated pressure campaign against Ukraine.

Those arguments will continue on Thursday.

What we’re expecting to see: The seven members of the House will continue delivering their opening arguments, building on the case against the president that they began on Wednesday. After spending about eight hours in session on Wednesday, of a maximum of 24, they have time to flesh out their case on Thursday.

When we’re likely to see it: Managers are expected to take the floor at 1 p.m., and are likely to stay for another eight hours, wrapping up about 9:45 p.m.

How to follow it: The New York Times’s congressional team will be following the developments on Capitol Hill and reporters covering the White House will get the latest from Mr. Trump’s defense team. Visit nytimes.com for coverage throughout the day.

How long is long enough?

How the impeachment managers divide their 24 hours is up to them. In President Bill Clinton’s 1999 impeachment trial, the Republican leadership opted not to take the full time allotted to them, keeping their opening arguments relatively succinct.

As House managers proceed on Thursday, a clearer picture may emerge of how much of the now-familiar case against the president is left to cover, and how thoroughly they intend to dive back into the details of the House impeachment inquiry.