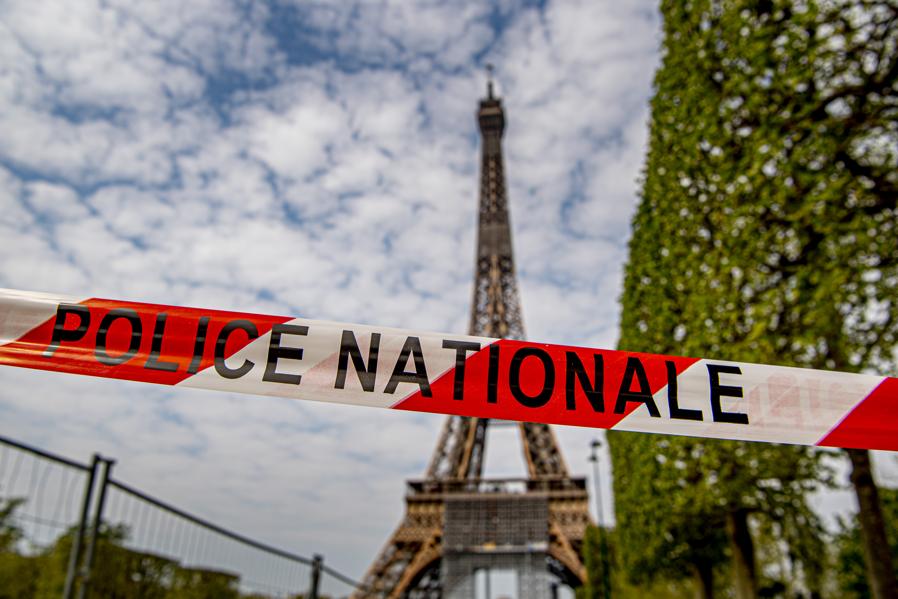 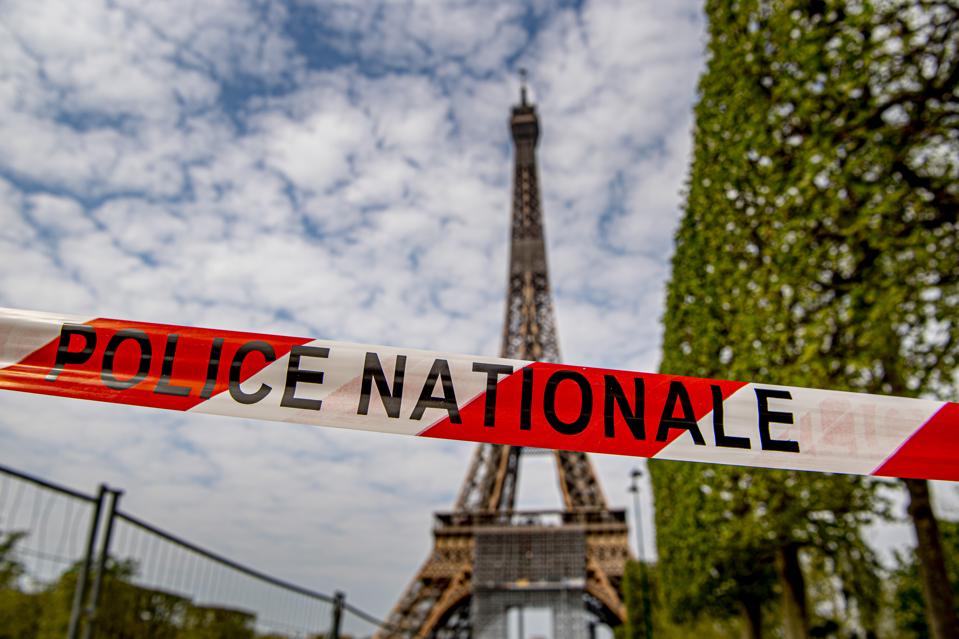 Police tape blocks the path leading to the Eiffel Tower during the coronavirus pandemic.

With utmost caution, slowly, carefully and nervously watched, the process of relieving lockdown restrictions has started country by country in Europe, each at its own pace and according to its own approach as the continent marks a turning point in its coronavirus crisis.

As countries across the continent report further declines in new Covid-19 cases, governments are lifting some prohibitions, partially opening schools and permitting the reopening of some shops and public areas.

Italy, Spain, Germany, Austria, Denmark, Norway, Poland, Czech Republic and Iceland, where new infections have mostly plateaued, are among the first wave of countries easing their most severe restrictions, allowing partial returns to work and announcing other measures to help resuscitate their economies. 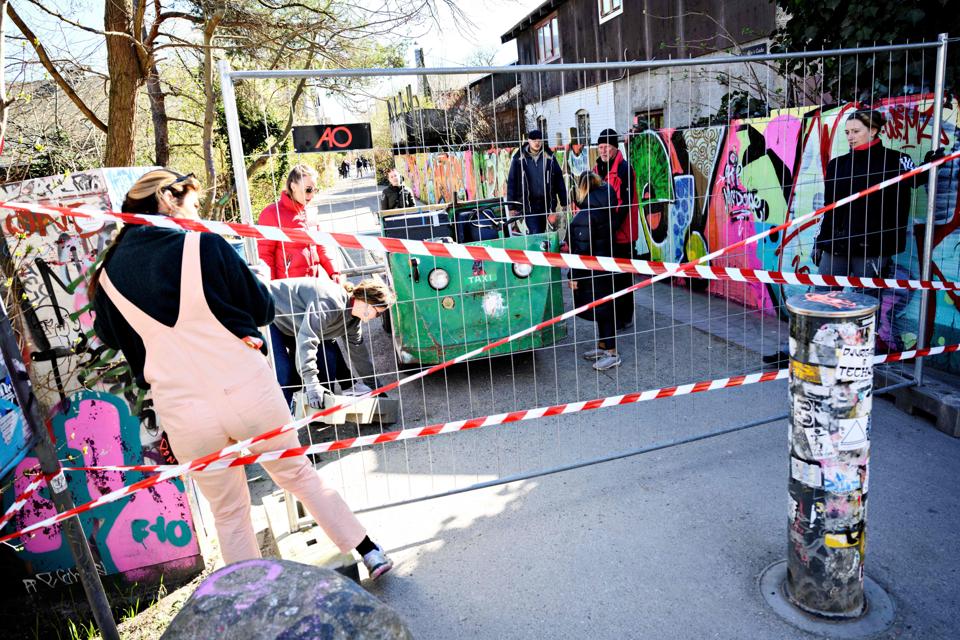 Barriers blocking the access to freetown Christiania, a neighborhood in Copenhagen. Normally, the … [+] site is very popular among young people in clear spring weather conditions.

The official announcements have been extremely cautious and in a number of cases severely criticized, especially relating to plans for reopening schools because, as Danish Prime Minister Mette Frederiksen said: “If we open too quickly, we risk that infections rise too sharply and then we have to close down again.”

That warning also came from Ursula Von Der Leyen, the European Commission head who explained that life cannot return to full normality before a vaccine has been developed.

As for traveling, the European Commission has been very clear: “I’d advise everyone to wait before making holiday plans,” Von der Leyen told the German newspaper Bild am Sonntag. “At the moment, no one can make reliable forecasts for July and August.”

The need for caution and the step-by-step reopening plans are what the various countries have in common. While there’s consensus that societies should reopen segment-by-segment, governments cannot agree about which age groups or industries should be sent back first, which ones afterwards and when.

As countries unveil their “phase two” plans, it’s not the similarities in their approaches that prevail but their differences. “As Italy opens bookshops, stationers and children’s clothes shops, Spanish shops can expect to remain shut until April 26,” reports online news site The Wire. “While Spain’s factory staff returned to work on Monday, Italy’s factories (barring pharmaceutical and food-processing plants) are still closed. It is mandatory to wear masks outside the home in the Czech Republic, but not in Denmark.” 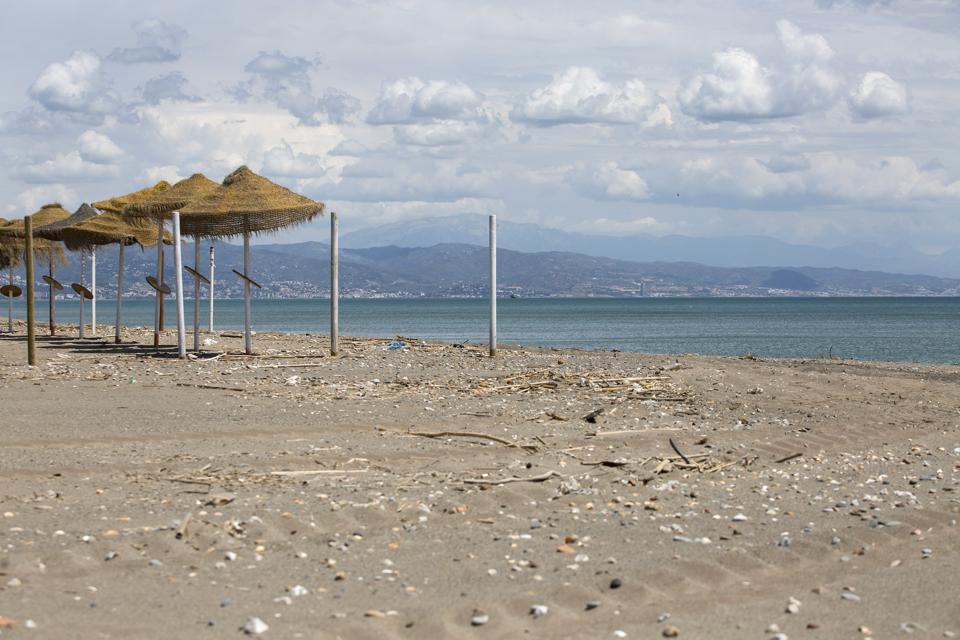 A closed Playamar beach in Torremolinos, Spain. Spain is starting to ease strict lockdown measures … [+] to help its economy: People in some services including manufacturing and construction are being allowed to return to work but must adhere to strict safety guidelines. More than 20,000 people are reported to have died in Spain due to the COVID-19 outbreak, although the country has reported a decline in the daily number of deaths.

“A similar gulf in strategy has emerged between Austria and the Scandinavian countries,” The Wire continued. “Vienna is prioritizing the opening of non-essential stores while hinting schools could stay closed until September. Countries such as Norway and Denmark, however, are sending students – especially younger pupils – back to school this month.”

The same can be said about the travel industry and the new directives necessary in order to emerge from the crisis. All the countries are carefully considering what to do and when as borders for the most part remain closed. But each is taking its own decisions, at the time of its choosing and, for now, confusion is widespread.

With so many people around the world having booked summer holidays before the crisis, and a tourism industry reeling globally and massively, one message seems to be getting clear: The lockdown, even in the countries already easing restrictions, will last ‘at least’ three more weeks before opening borders and maybe permitting short flights.

Industry experts are warning about the losses at all levels in the industry, with small, low-cost airlines and many in the cruise industry unlikely to survive.

While the vast majority of flights in April and May have been cancelled, excluding repatriation flights, airlines are hoping to resume operations ahead of the peak July and August season, despite more somber industry predictions.

Some airlines such as Jet2 and Ryanair expect to resume flights in June, while easyJet has launched holidays for late 2020 and is trying to convince travelers to book summer flights by cutting its fees for hold luggage to £1. Despite those moves, it’s becoming clear that overseas travel won’t be possible any time soon. 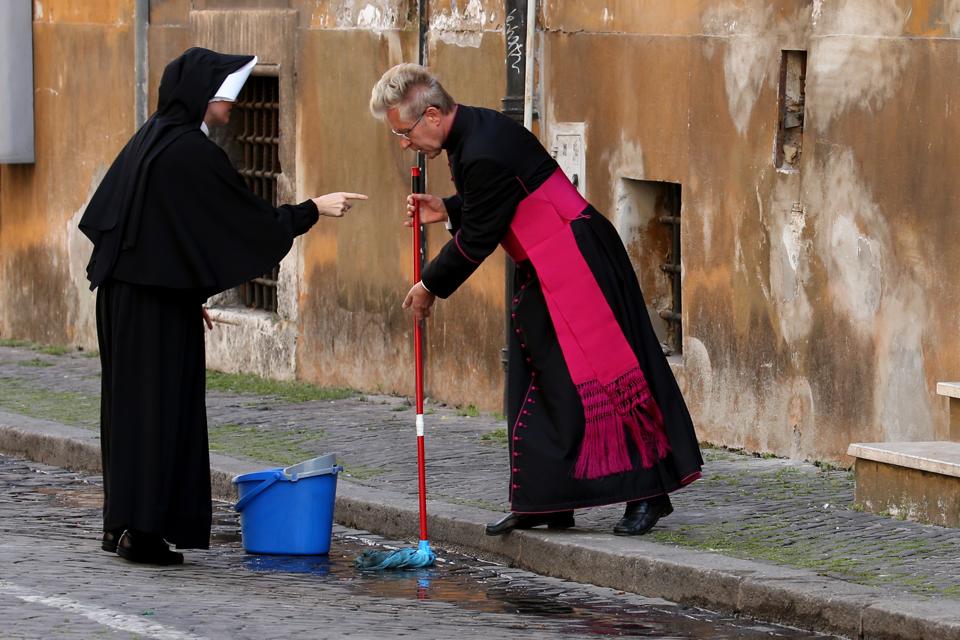 A nun and the parson of the Church of the Holy Spirit in Saxony mop the street before the Pope … [+] Francis’ arrival for the celebration of the Mass on Divine Mercy Sunday on April 19, 2020 in Vatican City. The Pontiff celebrated the liturgy at the church some 200 metres from St. Peter’s Square. Once again, due to Covid-19 security measures, the Mass was celebrated without the presence of the faithful.

In a move that probably will be extended to the rest of the industry, the airline has announced that once travel restrictions are lifted it will encourage on-board social distancing by barring use of middle seats.

Such measures could become the new normal for travelers at airports, train and bus stations and aboard all their vehicles.

“Ahead of boarding their Emirates flight from Dubai to Tunisia last week, masked passengers were given blood tests for Covid-19, with results delivered within 10 minutes,” reports Quartz. “Emirates, which claims to be the first airline to perform these tests, now intends to scale up its capabilities until they are available before any flight to destinations requiring the Covid-19 test certificates currently under consideration by countries such as Germany and the U.K.”

Theories abound as to how the recovery will occur, starting most likely with permission for road trips, followed by green lights for short flights and train travel, with long-haul flight later.

“When will it be safe? Where to go? By plane, train or automobile?” asks the San Francisco Examiner. There are no clear answers. The general conclusion is that things won’t take a turn to “normal” until there’s a COVID-19 vaccine.

And that will take time. Experts agree that travel restrictions likely will remain in place for many more weeks. Extending France’s state of lockdown, President Emmanuel Macron has called for the external borders of the Schengen passport-free travel zone to stay closed until September, which has been interpreted by experts as a further indication that EU restrictions on travel are set to remain in force for months.

The British government, for its part, has advised people not to book summer holidays and to avoid all non-essential travel indefinitely, with no date suggested as to when domestic or overseas trips can resume. 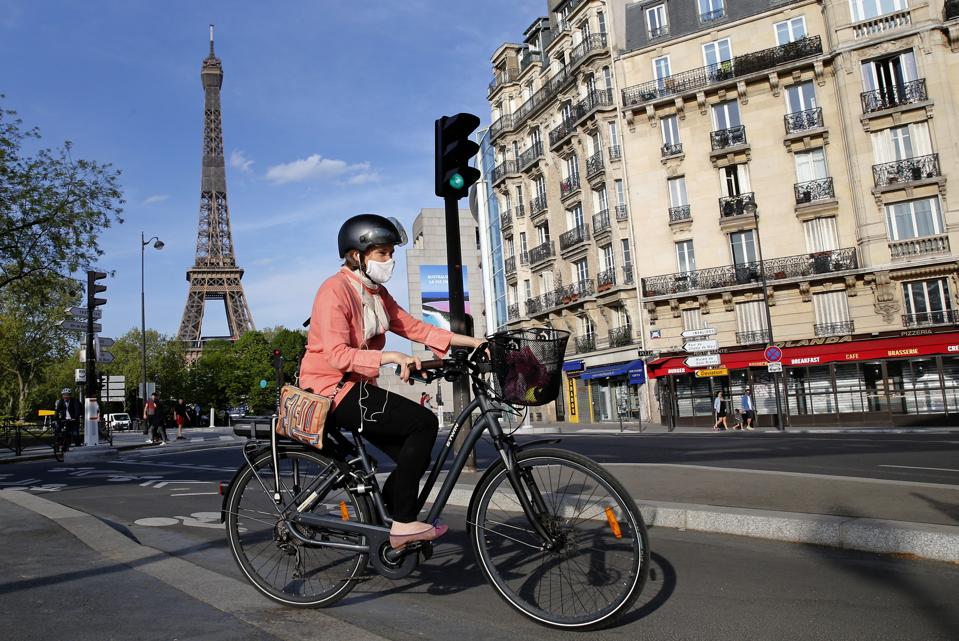 However, each country will make its decisions, with destinations across Europe facing many different levels of lockdowns making predictions practically impossible.

One indication of light at the end of the tunnel: France decided to postpone the Tour de France until August, meaning that traveling around that country could be on the agenda by then.

There are other hopeful predictions coming from travel experts and agencies. “Autumn and winter getaways could prove more popular than ever as people still want their yearly holiday,” according to a poll by The Sun. “We may see more late bookers as people cautiously search for the best deals and popular familiar destinations. Family favorite destinations such as Florida, mainland Spain and the Canaries are still top on searched destinations and we may see a demand for Caribbean holidays for winter sun at the end of 2020 and into 2021.”