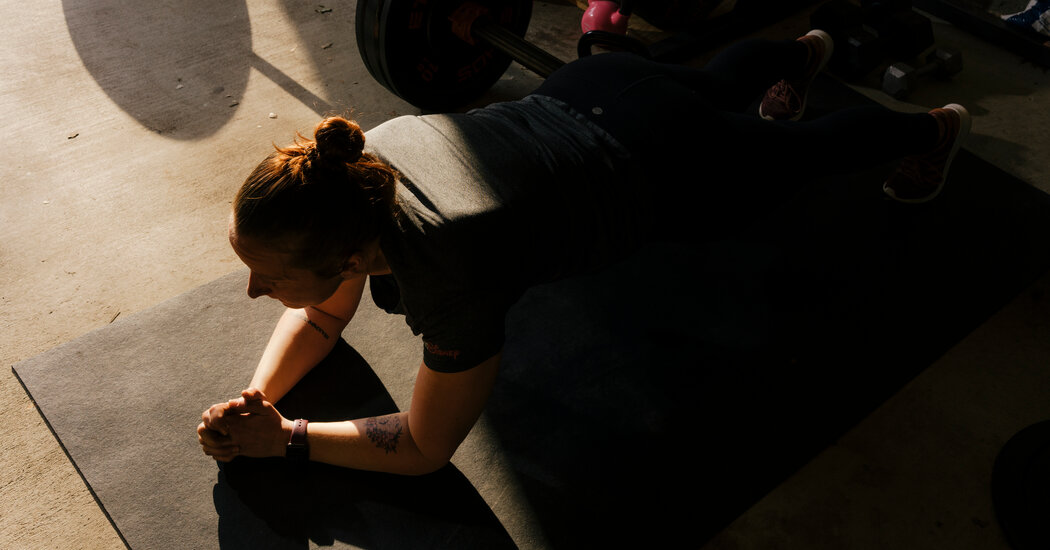 Captain Griest, the Ranger School graduate who now serves with the Army Talent Management Task Force, views her leadership role differently. She believes that women can be pushed to the highest level of physical standards for combat, and believe she should model that for young recruits and help them achieve difficult fitness goals.

“Fitness in the Army is so integral to your job,” said Captain Griest, adding that she wrote her piece because “women in combat arms are pretty underrepresented.” She wanted to give them a voice.

The Army needs to determine “what is needed on a battlefield and just hold everyone to that standard,” she said. “For instance, I want a soldier to be able to pull their body over an obstacle in the infantry.”

She said she learned to dead-lift far more weight than she ever imagined she could when properly coached. “I have heard people criticize me and say I have internalized misogyny,” she said. “I think I have a sense of internalized empowerment.”

The Army is expected to announce changes to the test this month. Soldiers will now be able to choose, without penalty, between a leg tuck and a plank to test core strength. The Army has also eliminated, for now, a variation in standards for different types of jobs, relying instead on a baseline score for all soldiers.

Leaders are also evaluating the percentage of points that fitness will account for in future promotion for enlisted soldiers. It will continue to test men and women and study the data; women are already faring better with the plank variation. “I think it has been a good learning experience,” General Hibbard said.

Some critics said the changes were not enough for a modern military.

“The Army in particular has an obsession with physical fitness,” said Emma Moore, a research associate for the Military, Veterans, and Society Program at the Center for a New American Security. “We hold firm that everyone going into combat arms should be held to a high standard, but why does someone working on cyberlogistics have to even take the same test? We should be trying to support people on a fitness journey.”