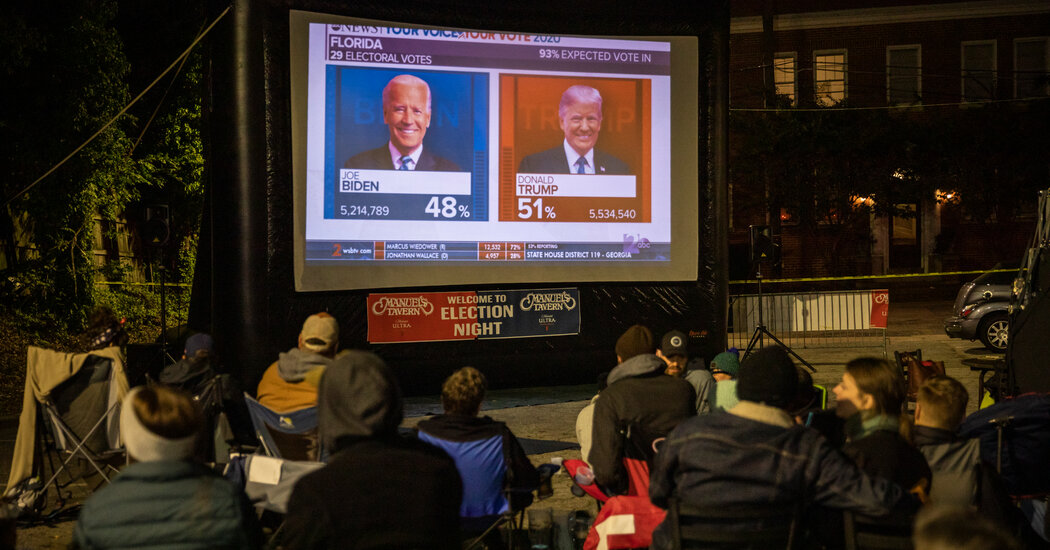 As results of the United States presidential election began to roll in on Tuesday, many Americans were wondering how President Trump’s performance in key swing states compared with his performance in those states in the 2016 election.

We can help with that. Here’s how Mr. Trump fared four years ago in six electoral battlegrounds:

Florida is diverse but conservative-leaning — and almost always close in presidential elections. Mr. Trump won the state in 2016 by a margin of 1.2 percentage points, even while losing some of its most populous counties.

Mr. Trump won North Carolina by 3.6 percentage points. The state has cities with large communities of moderate professionals, Black voters and college students, but also large rural regions where there tend to be more white voters who also tend to be more conservative.

The president narrowly took Wisconsin, a surprise flip in a state that President Barack Obama had claimed four years earlier by nearly seven percentage points. Mr. Trump lost the counties that contain the Democratic-leaning cities of Madison and Milwaukee, but managed to win over some rural Democrats.

Mr. Trump won Michigan by the narrow margin of about 10,000 votes, even though Hillary Clinton had polled ahead there for months. It was the first time the Republican Party won Michigan in a presidential race since 1988.

This former Republican stronghold has become a true battleground in recent years. Before the 2016 election, Democrats believed that they had a chance of flipping Arizona for the first time since President Bill Clinton carried it in 1996. But Mr. Trump won the state by 3.5 percentage points.

Mr. Trump narrowly won Pennsylvania on the strength of his performance in the deeply conservative and rural middle, even as he lost to Mrs. Clinton in Philadelphia and Pittsburgh, two large Democratic cities.