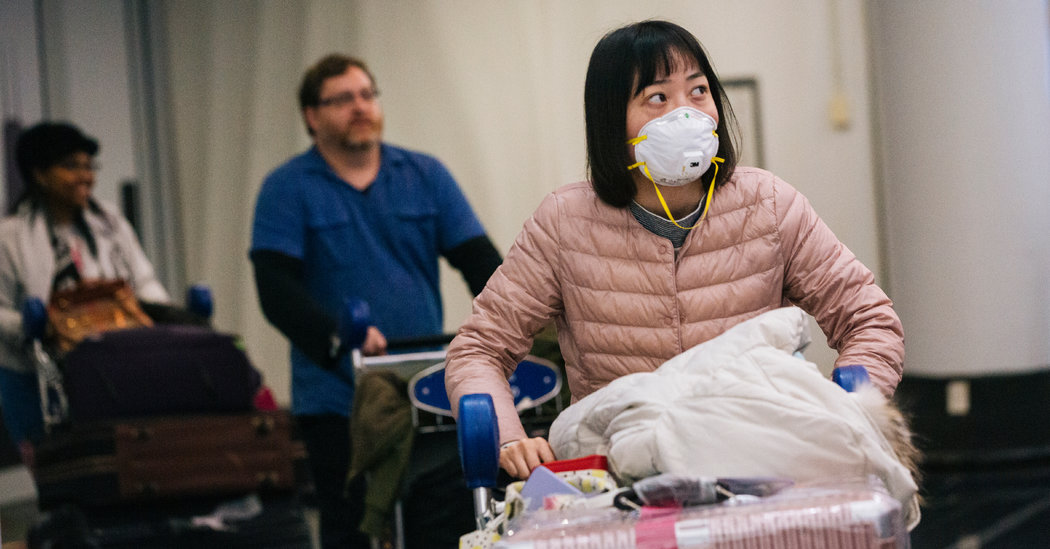 WASHINGTON — The Trump administration, after weeks of pleading from Congress, is moving to request emergency funding to bolster its coronavirus response efforts, alerting lawmakers that it would send a request as soon as Monday afternoon.

The size and the scope of the funding request were still unknown as of Monday, but Congress is likely to increase whatever amount the Trump administration asks for, according to a congressional aide with knowledge of the planning.

As the coronavirus outbreak veers toward a global pandemic, concerns are mounting in both parties. A White House Ebola response coordinator named in 2014 is no longer there, nor is a dedicated position at the National Security Council for global health security. In 2018, the Centers for Disease Control and Prevention narrowed its epidemic work from 49 countries to 10, declaring victory on the global health security agenda started by the previous administration.

Now, with Mr. Trump in India, stock prices are tumbling on coronavirus fears, and health officials around the nation are struggling to keep up with the costs of screening and monitoring passengers arriving from China and other parts of the world where the virus has spread.

Representatives Nita M. Lowey of New York, the chairwoman of the House Appropriations Committee, and Rosa DeLauro, who leads the subcommittee that funds health programs, were hardly laudatory as the Department of Health and Human Services prepared to act.

“While I welcome action from the administration and look forward to working with them, it is worth noting that Appropriations Chairwoman Lowey and I urged the administration three weeks ago to submit an emergency supplemental funding request to address the novel coronavirus public health emergency,” Ms. DeLauro said in a statement. “Since then, new cases and deaths around the world have significantly worsened, and we have still not received crucial information as to what funding H.H.S. has allocated to emergency response activities or how quickly they expect to expend funding.”

Lawmakers have questioned how the federal government plans to pay cities and states back for their efforts to monitor potentially infected people and whether the White House has the public health officials in place to coordinate the administration’s planning, which has so far been run by an interagency task force led by Alex M. Azar II, the health and human services secretary.

A bipartisan group of senators is considering new legislation that would allow federal agencies to more quickly dispense funding.

The Trump administration has so far said it could shuffle money between accounts to fund its coronavirus response, pulling mainly from a $105 million rapid response fund at the Centers for Disease Control and Prevention in Atlanta. The Health and Human Services Department said this month that as much as $136 million could be transferred from other federal programs.

Senator Bill Cassidy, Republican of Louisiana and a physician who regularly works on health issues in Congress, said that when he met this month with Dr. Robert R. Redfield, the C.D.C. director, he was told that funding was sufficient.

Lawmakers are skeptical of the White House’s intentions. The president’s budget request for the fiscal year that begins in October proposed tens of millions of dollars in cuts to health and human services’ Office of Public Health Preparedness and Response, in addition to the department’s Hospital Preparedness Program, which helps hospitals handle surges of patients during disease outbreaks. The administration also asked to cut more than $85 million from the C.D.C.’s National Center for Emerging and Zoonotic Infectious Diseases, which directly works on outbreaks like the coronavirus, which is believed to have emerged from live animals in Wuhan, China.

Before the coronavirus outbreak, the Trump administration had already drastically narrowed its epidemic work in countries around the world, and it has offered federal health security programs less money in the past few years than health experts say is needed to help with containment. Its latest budget request included $3 billion in cuts to global health programs.

At a Senate hearing this month, Mr. Azar promoted his department’s disease response, saying his budget prioritized the C.D.C.’s infectious disease and health and human services’ hospital preparedness programs, and that the C.D.C. had begun working with local health departments to test people with flulike symptoms for the coronavirus.

He told reporters that he “won’t let resources be any kind of barrier to response activities here.” But, he added, “let’s not put the cart before the horse.”

Mr. Azar will appear this week before several House committees to answer questions about his budget. Next week, top officials from across the Health and Human Services Department will be questioned by the Senate about the federal government’s preparation and plans for response.

“We’re doing all of these things to bide time for preparedness, but I don’t see meaningful evidence we’re preparing and using this time,” said Jennifer Nuzzo, a senior scholar at the Johns Hopkins Center for Health Security.

Lawmakers hope to avoid the kind of protracted fight that occurred in 2016 over funding the government’s response to the Zika virus. Senate Democrats blocked a $1.1 billion spending bill after accusing Republicans of using the emergency to fund unrelated health care provisions.

The financial crunch could be imminent. Local health departments have been scrambling to monitor the thousands of people returning to the United States from China. A bipartisan group of senators this month wrote to Mr. Azar asking how the federal government plans to reimburse states for costs that could already be in the tens of millions of dollars. Senator Chuck Schumer of New York, the Democratic leader, said New York City had already spent millions on activities related to the coronavirus without a guarantee of reimbursement.

Senator Brian Schatz, Democrat of Hawaii, said he began receiving text messages from local officials in his state weeks ago, pleading with him to ask the Trump administration to help with possible coronavirus cases. Where would people be quarantined, they asked? When were planes from China landing? Did Customs and Border Protection have the medical training to assess people coming off a plane? Where were the test kits?

State officials at Honolulu’s international airport, one of 20 across the nation with a quarantine station, learned from a news release that the airport was one of the few ports of entry for flights from China, Mr. Schatz said.

“We were having discussions and arguments and disputes about how to deal with a quarantine and where that quarantine would be while planes from China were in the air,” Mr. Schatz said.

“They are treating adverse information as if it is a political attack, and not something that they need to get on top of and solve,” he said of Trump administration officials.

Last week, Mr. Cassidy and Mr. Schatz introduced legislation with four other colleagues from both parties that would automatically fund a permanent pool of public health emergency money. That would allow the health secretary to dispense resources the way that the Federal Emergency Management Agency does with natural disasters, without as much dependence on congressional action.

“We are taking the same paradigm and applying it to infectious diseases,” Mr. Cassidy said.

Last year, before the coronavirus began spreading, Mr. Trump signed an updated version of the Pandemic and All-Hazards Preparedness Act, a 2006 law that created a public health emergency preparedness program at the Department of Health and Human Services and gave the department more flexibility to prioritize vaccine funding.

Democrats are also concerned about vacancies on the White House National Security Council, including the global health security position that was eliminated in 2018 under John R. Bolton, then the national security adviser. Over two dozen Senate Democrats wrote this month to Robert C. O’Brien, the national security adviser and another member of the administration’s coronavirus task force, asking why he had not reinstated a similar role.

“You are not a public health expert, and it is not clear if the N.S.C. has such an expert in position to sufficiently advise or coordinate its global public health work on the task force and in other areas,” they wrote.

Mr. Cassidy, who praised the Trump administration’s handling of the evacuation of Americans on the Diamond Princess cruise ship, said he agreed. “There should be someone on the N.S.C. dedicated to this,” he said.

Two spokesmen for the National Security Council did not respond to a question about whether a health-related position might be reinstated.