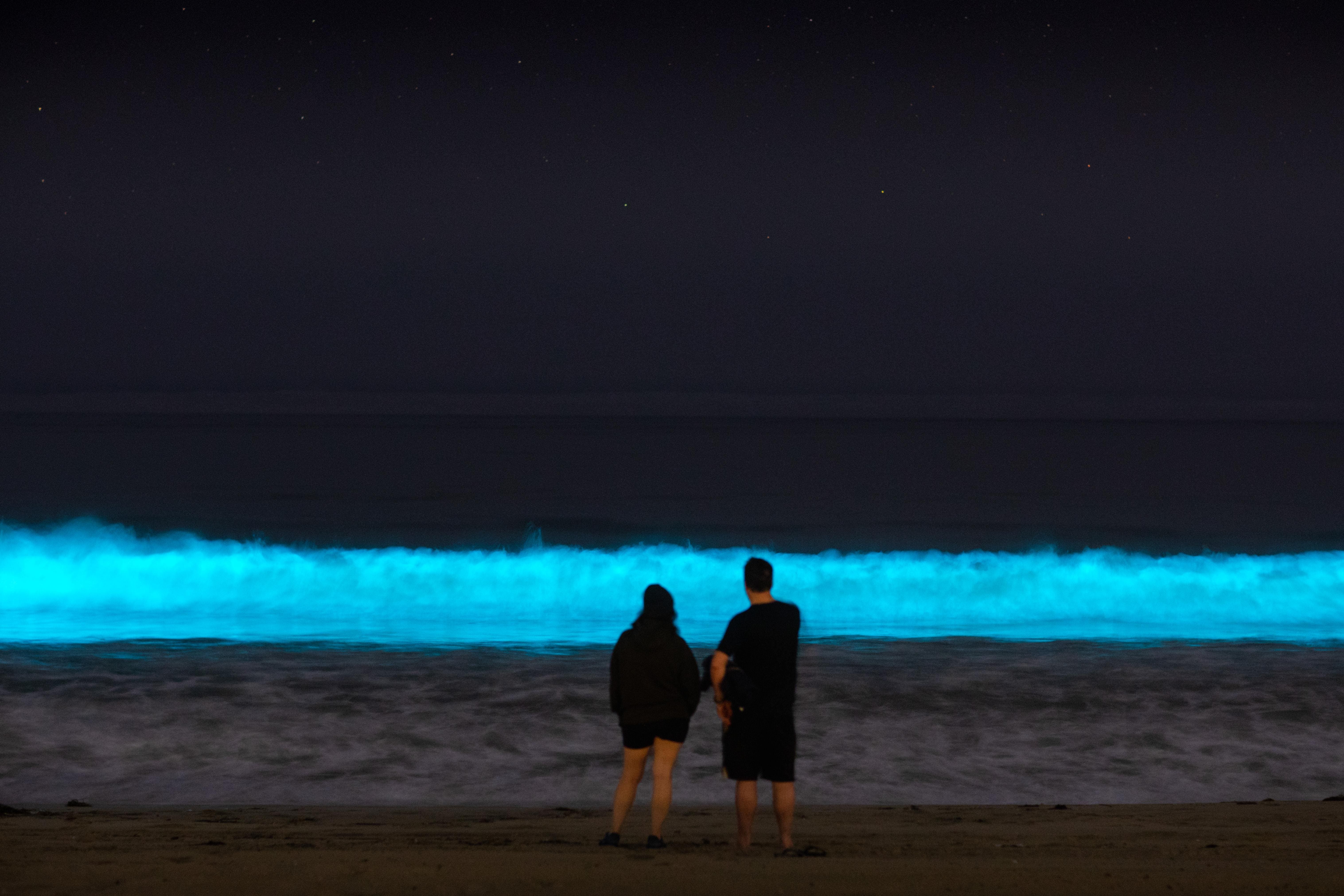 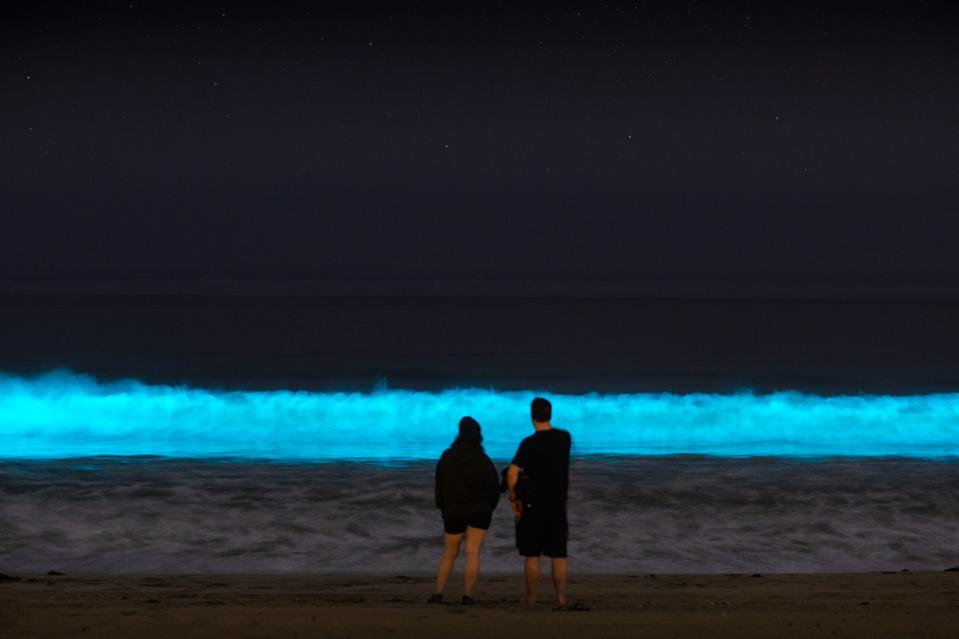 Bioluminescent waves glow off the coast of Hermosa Beach, CA, on Saturday, April 25, 2020.

By day, Southern California beaches have a strange red-brown tint to them. To those familiar with the kelp forests that grace the underwater world, it almost looks like they have expanded a hundred-fold within a week or two.

It is actually microscopic phytoplankton called Lingulodinium polyedra causing the red-brown patches. Also called L. poly, the phytoplankton rapidly increase in abundance, often due to nutrient upwelling or other changes in ocean conditions.

By night, the disturbance caused by waves triggers L. poly to generate a pulse of blue light using luciferin, a light-emitting molecule. The magical blue glow is thought to scare organisms that would disturb water trying to consume the phytoplankton, or perhaps attract the attention of something that will eat the phytoplankton predator.

Massive red tide events only happen once every several years. This current one stretches from Baja California, Mexico up to Los Angeles. 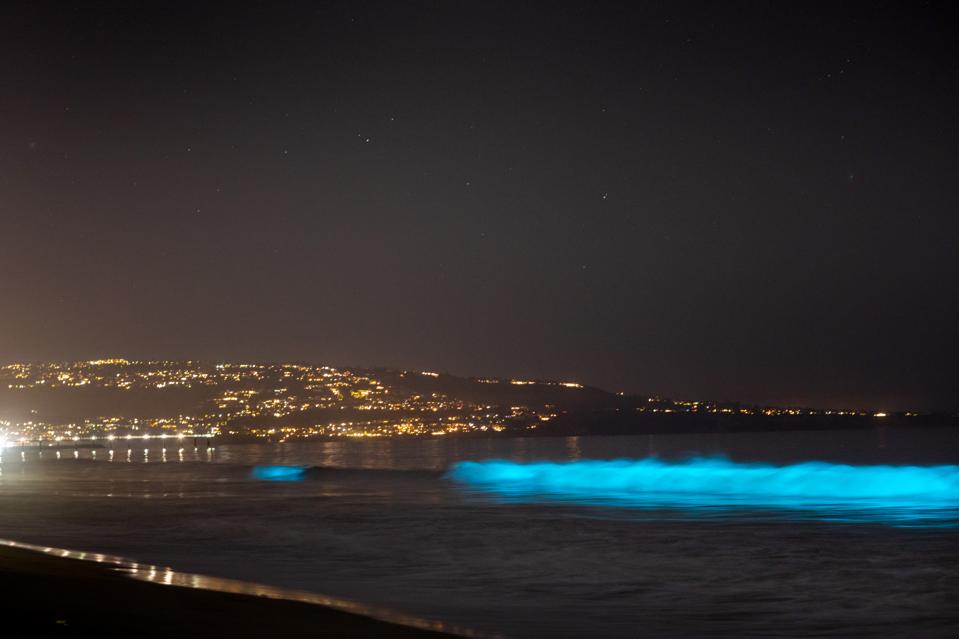 Bioluminescent waves glow off the coast of Hermosa Beach, CA, on Saturday, April 25, 2020.

Some red tides produce toxins that can be harmful to marine life and dangerous to humans who consume sea life that have the toxin concentrated in tissue. However, this current bloom is dominated by non-toxic L. poly.

Regardless, exposure was a non-issue as beaches in Southern California were closed for weeks due to the COVID-19 pandemic. Now, many are reopening, allowing for the opportunity to watch crashing waves glow at night (while social distancing from others). The best time to see the glowing waves are a couple hours after sunset on a sunny day.

Red tides can last up to a month, but scientists do not have enough data to predict when they will begin nor end. The current bloom has been visible to the naked eye in San Diego for almost three weeks.

If you can’t make it out to the beach to enjoy the the light show, many Californians have captured it online so you can appreciate it from your home. You can catch a surreal video of dolphins swimming through the bioluminescent waters off of Newport Beach, California here.