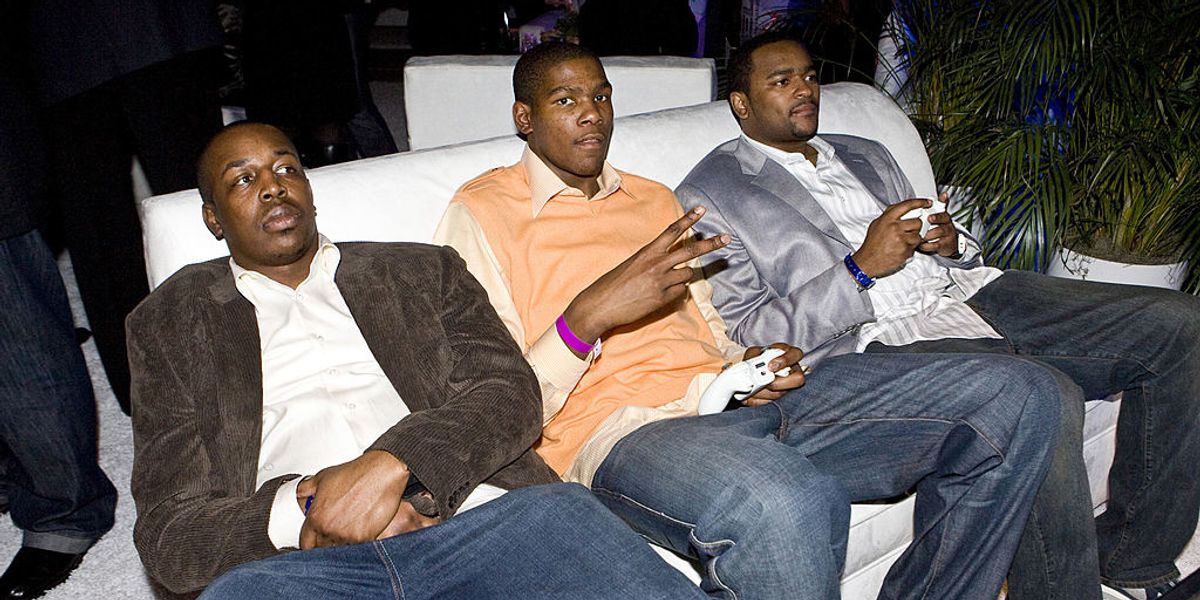 Obviously, there are much more serious consequences to the coronavirus outbreak than the shutdown of global sports. However, that does not mean that we need to pretend that, for many people, the sudden cancellation of sports (as well as virtually all other public recreation) has not had an affect.

Some enterprising athletes and promotional companies have, however, begun aggressively ramping up production of a relatively novel form of entertainment that still features many of your favorite athletes — competitive video game expeditions.

Of course, the phenomenon of athletes streaming themselves playing video games is not new. Many professional athletes, including NBA stars Ben Simmons, Gordon Hayward and others, have well established names in the gaming and streaming communities. However, with “real” arenas sitting empty across the country, the video game hobbies of major professional athletes are becoming an opportunity to keep fans in touch with their favorite athletes, provide some sports-related entertainment, and raise money for coronavirus charities along the way.

One of the first sports to grasp the possibility of virtual competition was NASCAR, which promptly took advantage of the existence of iRacing virtual racing simulation technology to begin hosting simulated NASCAR races, featuring real star NASCAR drivers, for charity. These races have been such a huge success that Fox has actually broadcast two races, complete with play by play commentary, for an estimated total of 2 million viewers. NASCAR has enthusiastically indicated that the “eNASCAR” series will continue hosting weekly races until their real racing schedule resumes.

NBA stars are likewise filling their time with video game exhibitions, including an NBA 2K20 tournament that began Friday night. This tournament was broadcast on ESPN and featured bona fide NBA superstars, including injured Brooklyn Nets star Kevin Durant. Durant was seeded as the number one seed in the tourney, but suffered a stunning first round upset to the tournament’s 16 seed, Derrick Jones Jr.

The second round of the tournament will be played Sunday on ESPN. The NBA and the players’ association have put up $100,000 apiece that will be donated to the coronavirus relief charity of the winners’ choice.

Although the NHL and MLB have not had events as widely publicized or successful as the NBA and NASCAR, some players and teas across both leagues have organized video game events to help keep fans entertained and engaged with their favorite teams and athletes while “shelter at home” orders continue.