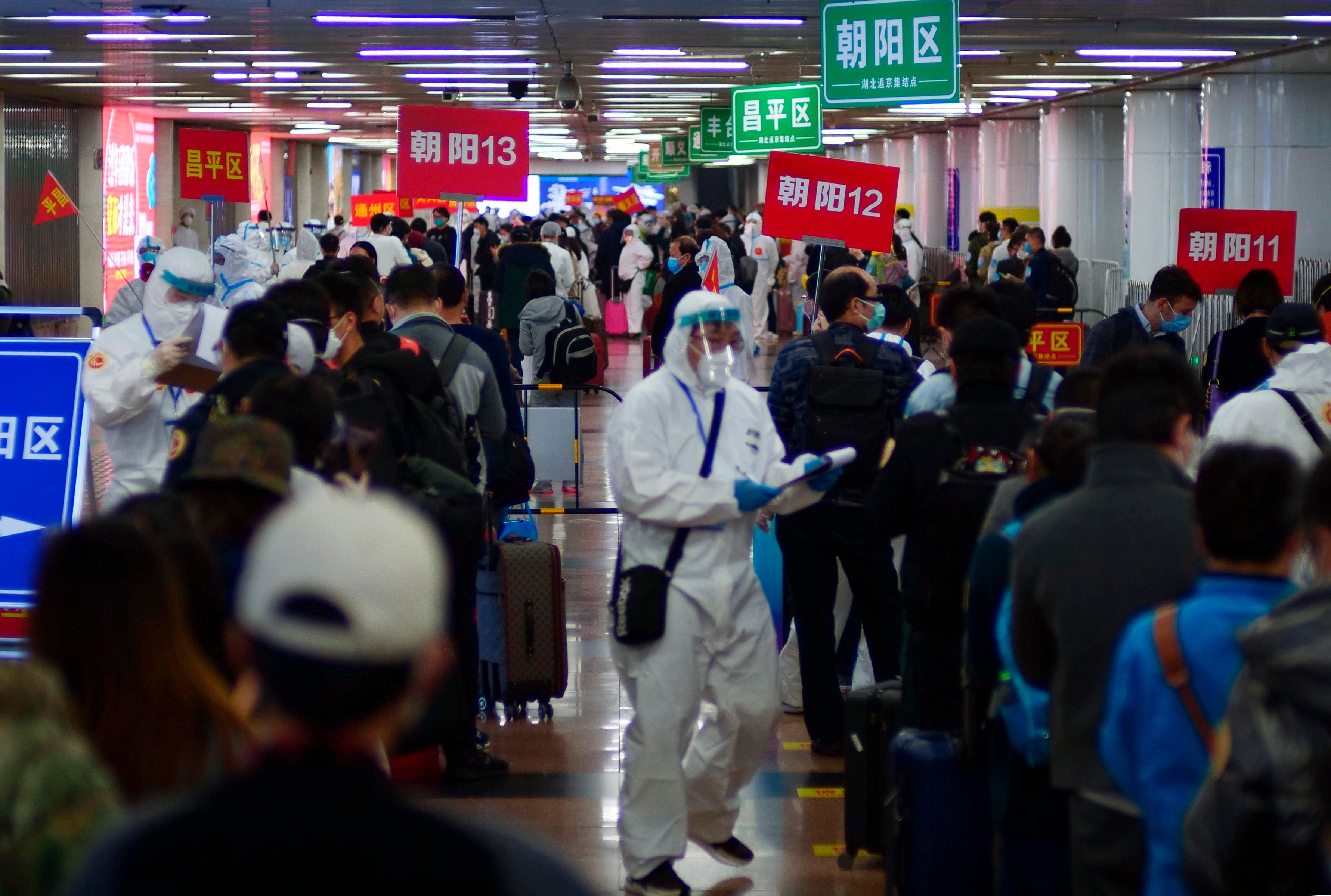 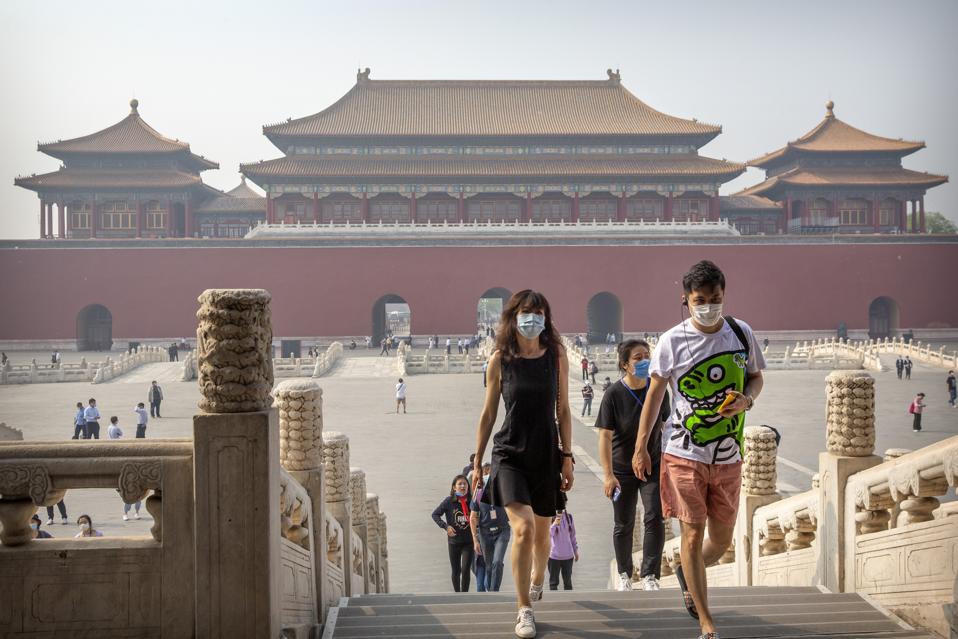 The origin story of the nasty coronavirus is taking shape. It’s home is increasingly believed to be in a virology lab in Wuhan.

Jamie Metzl is probably someone you’ve never heard of, but he was one of the first in Washington — as an ex-high level staffer for Bill Clinton and then-Senator Joe Biden — to say that the new SARS coronavirus was likely a Wuhan lab escapee.

Now a Senior Fellow at The Atlantic Council, Metzl doesn’t think it was sliced and diced into a new sort of virus. But he is as convinced as other voices, so far nearly all of them from the Republican Party and its supporters, to say the Wuhan lab’s weak security measures probably put us all where we are today.

The Wuhan Institute of Virology biosafety level 4 lab in Hubei province, the viral epicenter of the new SARS first discovered in December, was partially created with the help of the U.S. Washington wanted China to be up to date on life sciences research, and wanted to make sure they were being safe about it.

The National Institutes of Health has granted the lab at least $3 million over the years for its research on bat coronavirus, among other things. But now, as more people point to that lab as the source of the pandemic, China is playing defense. Beijing does not want anyone inside it, has banned research institutions from sharing their findings about the virus on their websites, and says anyone who doubts their official view —which is that it either came from a meat market or someone ate food infected by bat saliva — is just being a knuckle-dragging xenophobe.

“China is a very secretive society. The protection of the Communist Party (CCP) is an essential component of the political system. If this was an accidental leak, it seems likely that people connected with the CCP would do everything they could to suppress that information,” says Metzl. “When you look at their actual behavior with regards to that lab, it looks like a cover up to me,” he says.

On Thursday, President Trump hinted that he had more insights into the origins of the outbreak, saying it came from a research lab in Wuhan.

The Office of the Director of National Intelligence said the same day that they do not believe the virus was man-made or genetically manipulated but added that the U.S. intelligence community would investigate “emerging information and intelligence to determine whether the outbreak began through contact with infected animals or if it was the result of an accident at a lab in Wuhan.”

On April 14, The Washington Post was the first major newspaper here to come close to demonstrating the lab’s culpability.

Communications between U.S. Embassy officials in Beijing and the U.S. State Department as recent as 2018 warned about lackluster safety and management standards at the lab and proposed more attention and an offer to get China up to speed.

The first cable, reported on by the Post’s Josh Rogin, warned that the lab’s work on bat coronaviruses and their potential human transmission represented a risk of a new SARS-like pandemic. 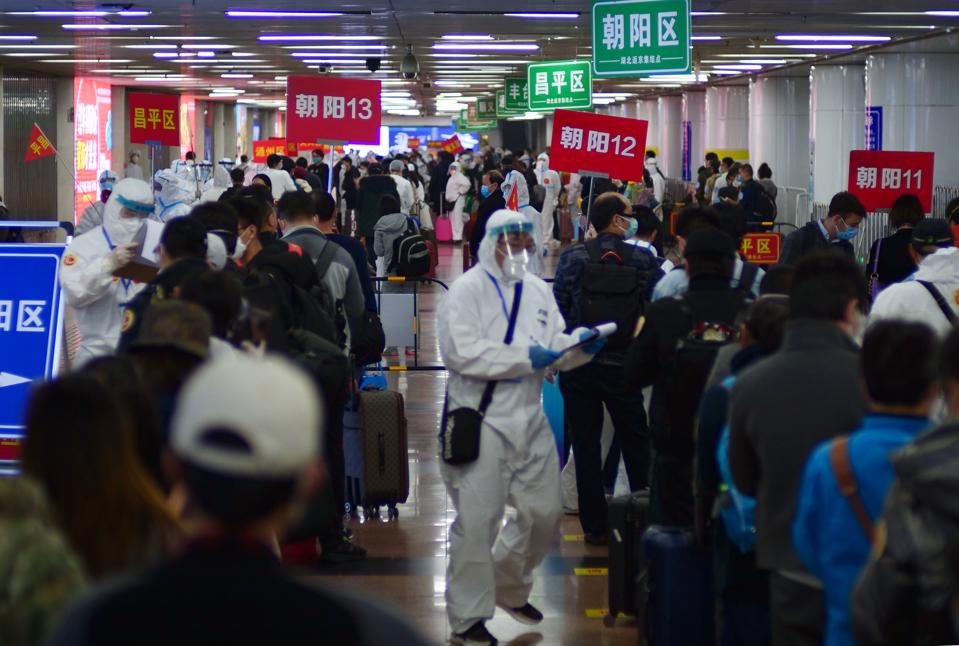 Five months later and not back to normal. Passengers from Wuhan stand in lines designating where … [+] they will quarantine in Beijing on Wednesday, April 15, 2020. (AP Photo/Sam McNeil)

The World Health Organization said in late January that they were told by Chinese health officials that the virus did not spread between humans. At that point, Hubei province was already on the cusp of a total lockdown.

“During interactions with scientists at the laboratory, they noted the new lab has a serious shortage of appropriately trained technicians and investigators needed to safely operate this high-containment laboratory,” stated a January 19, 2018, cable obtained by Rogin. That message was drafted by two officials from the embassy’s environment, science and health sections who had met with scientists from the Wuhan lab, believed to be home to “patient zero.”

The origin story, and the mystery surrounding the lab, is a business and investing headwind for China. Those who were not risk averse to China are now rethinking their position.

“People with money in China are starting to contact me more to see how they can decrease their China exposure,” says Perth Tolle, a Chinese-American and founder of the Life + Liberty Index in Houston. The index is the base of the one year old exchange traded fund called the Freedom 100 Emerging Markets (FRDM). “Once investors get to that point of doubting whether China is trustworthy, they’re one step away from, ‘you know what, I don’t want any China exposure.’ I’m hearing that more than ever,” she says.

MORE FROM FORBESApparently, We Are All China NowBy Kenneth Rapoza

Metzl, who also wrote about his lab breach concern in Newsweek, had to go the extra step of issuing a disclaimer that — as a long time Democrat — agreeing with the likes of Tucker Carlson, Zero Hedge, and Trump did not make him a racist.

“I have no definitive way of proving this thesis,” he wrote on his blog, citing that access to the data and researchers in China has been denied so it was impossible for anyone to prove. “I also in no way seek to support or align myself with any activities that may be considered unfair, dishonest, nationalistic, racist, bigoted, or biased in any way.”

Senator Marco Rubio is not worried about offending the CCP, or the Democrats.

“It would be a lot easier to know the answer to these questions if the Chinese were transparent, and we’re willing to say, ‘Come in, let’s figure this out together so this never happens again’,” he says. “Obviously they’re not only not going to do that. They’re going to try to mislead the world as much as possible.”